If you are a contributor on iStockphoto / Getty Images you might have noticed that all old statistics are gone and newer charts and pies are not very useful (yet). After they removed data about sold files we were all in dark room with little known what will happened next. In February some kinda charts and pies came with how much income we’ve made. In March we’ve found out that Microstockr Pro (PC version of Microstockr) is actually showing what files we sold and for what price. 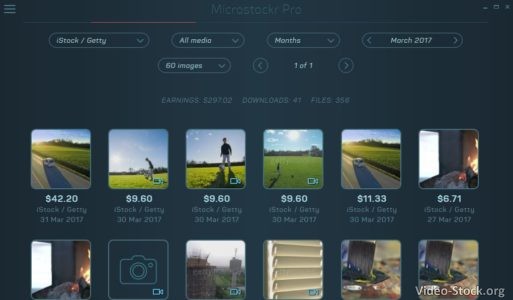 The only problem with such data is that is showing sold files only after the ESP (Getty’s contributor management) publishes charts and pies on 20. of each month for last month. Which means, just today (20. April) they published data for sold files in March. Data of sold files are probably correct. What concerns us even more is that each month more and more files are sold at such variety of prices which we don’t understand. The least priced video stock footage from March was only $ 0.22. The highest priced clip was $ 42.20. 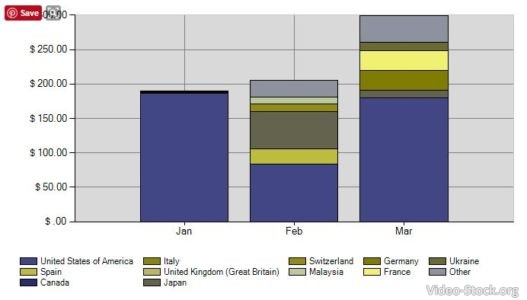 What was our total earning from iStockphoto / Getty Images in March? Stunning $297.02 income from roughly 5000 different stock footage collection. In February we had hundred bucks less and in Januarja just under two hundred dollars. In March there were 41 files sold. If contributor commissions would be the same as at SS or Dissolve (30%), we would earn at least three times more income and would already been worthy uploading more footage on iStockphoto / Getty Images. But until we are worthless with their 16% commissions we don’t upload a single stock video footage anymore.